5 ways to suggest an open marriage that all end in divorce - The Beaverton
Beavfeed
September 30, 2020 by Staff ( @ )

Though you may not have signed up for an open marriage when you said “I do,” that doesn’t mean you and your spouse can’t rewrite the rules mid-game! Here are five subtle ways to casually bring up maybe potentially definitely opening up your marriage that will inevitably lead to divorce:

Mention to your spouse that society has conditioned us to value monogamous relationships through TV and the proliferation of the nuclear family. If you really think about it, it’s kinda messed up that we take out sexual cues from our parents. Freudian, even.

However most animals don’t exhibit monogamous tendencies, and if Nine Inch Nails taught us anything, we’re all animal, baby! You and your partner are cool and alternative, just like the aforementioned industrial rock band Nine Inch Nails! You folks aren’t another cog in the machine of the man, man.

This would also be a great time to ask your significant other why they can’t stop crying. 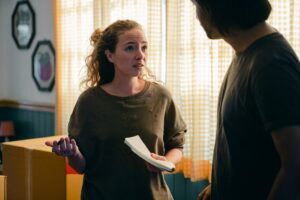 2. You just have too much love in your heart that it would be wasted on only one person!

Point out to your lover that you suffer from a cardiac condition in which your metaphorical heart is 3 times too big. You’ve been diagnosed with elephantiasis of affection and it’s quite painful to keep all that love inside your heart and loins. In fact some would even say that it’s kinda kinda selfish if your partner were to hoard it all for themselves. Your better-half wouldn’t want to be considered a greedy little love piglet, now would they?

Demand to know why they’re only able to think about themselves, and why they won’t consider your feelings for once. Ask them why they’re packing a suitcase. 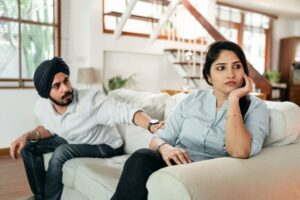 3. Bring up the fact that a divorce would really bum out your parents!

When you and your beloved entered into matrimony, they knew that your parents were like super Catholic. It would break their sweet little hearts if the marriage they’re not a part of were to end. Failure isn’t an option for you, and if you were to open up your marriage, then technically you’d still be together in the eyes of your parents, the government, and God himself. Just think of the sweet dulcet tones of Nine Inch Nails frontman Trent Reznor crooning, “My whole existence is flawed / You get me closer to God.”

So when your spouse, who is beginning to get psyched on the idea of multiple partners, tells you that they’re going to spend some time at their mother’s, insist that they stay at your parents’ place instead. 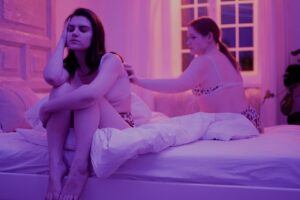 4. It seems that things are starting to get a little dark, better turn on the ol’ gaslight!

Now it’s time to engage every weapon in your arsenal.

Tell your spouse that they already agreed to an open marriage and that you actually started last Tuesday night when you had to “stay late at the office.” Therefore, it can’t be considered cheating if they knew about it! And they did too know!

Casually mention that you’ve always had a thing for your partner’s best friend, and you know they think your cousin is a certified cutie, so they can’t be mad!

Communication is the key to a healthy relationship! Letting your partner know that you’ve grown tired of them sexually and emotionally is honesty! Keep screaming random statements as your partner walks out the front door! It’s not over til it’s over! 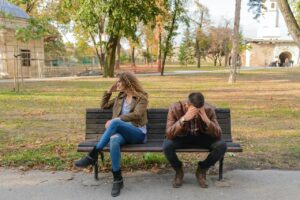 5. Let’s face it, you were already facing deep-rooted issues separate from opening up your marriage.

An open marriage was never going to work for you since you didn’t have a strong foundation built on trust and understanding. Tell yourself that your partner had too many needs anyway, like “caring for them” and “listening to them.”

Sit on the edge of the bed you once shared with your partner and let yourself enjoy a silent and ugly cry. Call up your parents and ask if they still have your collection of Nine Inch Nails CDs, you could really use them right about now.