Summer is here, but your friends are unreliable. Here are five amazing road trips you’ll never be able to organize them all into taking. 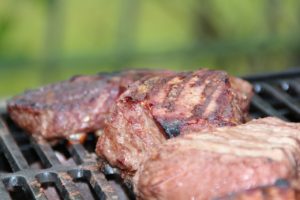 The Boston Beer and BBQ Festival is the perfect place to day drink while stuffing your face with meat and sampling the charms of New England. Or at least it would be if all your friends didn’t have asinine dietary requirements. Michelle is vegan, which is – ok, fine, whatever- but Dario is lactose intolerant and has apparently never heard of Lactaid, and Pete still thinks he’s gluten intolerant even though you’ve explained to him many times that gluten intolerance is not a thing. Celiac is a thing, but Pete isn’t Celiac, you’ve seen him eat a bagel before he knew bagels weren’t gluten free. Plus Theresa is on the paleo diet, which totally jives with a barbeque festival, but she refuses to sit in a car for eight hours because that’s not what our prehistoric ancestors would have done. Fad diets, health food marketing, and Netflix documentaries have ruined any chance you might have had to celebrate and bond with your friends over food, so good luck agreeing on a local restaurant, let alone travelling the continent to sample the culinary curiosities of the world. 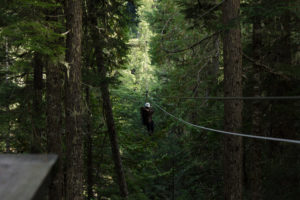 Ziptrek Ecotours in Whistler, BC offers the longest zipline in Canada – and the US, depending on who you ask. But you’ll never find out for yourself, after three friends agree to go but then cancel the day before, AFTER you’ve already booked the rental car and it’s too late to get your deposit back. Which is fine for Karen, I mean, her grandmother died, that’s totally out of her control, but Derrick cancelled because he felt a cold coming on, which is weak on its own but probably just code for feeling sorry for himself because Grace dumped him. But doesn’t he know that’s exactly the reason he should be going on a roadtrip? Nevermind that since Pete cancelled because he really thinks he should be careful with his money right now, which is fine, we’ve all been there, but also he could have just said no two weeks ago when you would have had time to invite someone else. 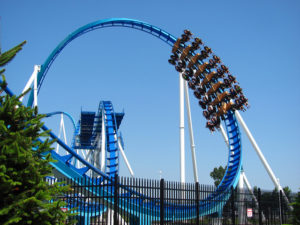 Roller Coaster aficionados can’t resist a pilgrimage to Cedar Point. Located on a peninsula in Lake Erie, the park’s 130m tall Top Thrill Dragster gives you a spectacular view of the Great Lake before plunging down at 193km/hr. It’s a thrill seeker’s paradise until Brad decides to invite his girlfriend along, and it’s nothing against Vanessa, everyone likes Vanessa, but it’s not even like they’ve been dating that long. And look, Simon drives a small Honda. It seats four comfortably, but five very uncomfortably. Plus everyone knows roller coasters seat two pairs of two, or one long row of four if it’s a newer one. So you explain to Brad that you don’t want to spend all day rotating through whose turn it is to ride solo and Brad gets offended and decides to stay home all weekend which doesn’t help at all because three is just a bad as five, now you’re going to end up with some 12 year old kid sitting next to you on every ride and Brad disappears like this every time he starts dating someone new and… You know what? Forget it. Just forget it. 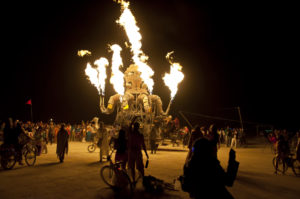 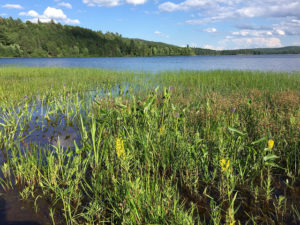 Everyone knows about Algonquin Park’s spectacular autumn views, but fewer have experienced the remote beauty of the park’s backcountry camping in the summer. You might as well go by yourself, because Michelle has a nine to five job now, which apparently includes all the long weekends, and Brad disappeared down another relationship crevasse weeks ago, and you’re not even going to ask Pete this time because he always says yes to things he has no plan to follow through with out of a pathological desire to please, which just ends up frustrating you and straining your friendship. So you’ll drive up by yourself, hike to the campsite by yourself, pitch your tent by yourself, start a campfire by yourself, and sing “One bottle of pop, two bottle of pop” in a round by yourself, because you’re not going to let other people stop you from living your life. When you post a pic of the epic sunset to social media, you can bristle at the friends who comment “i want to go to there!” or “meeeeeeeee pleeeeeeeease!” You don’t have to tell them you spent most of the weekend sitting on a rock, staring at the lake yearning for the days of grade school recess – when you weren’t allowed to leave the boundaries of the schoolyard but at least every friend you had in the world was always there – and wondering, is this it? Is this what being an adult is? Just this, for the rest of your life?