7 US Presidents throughout history and the Nintendo characters their penises resemble - The Beaverton
Beavfeed
September 19, 2018 by Aaron Hagey-Mackay ( @AaronHM )

Following Stormy Daniels’ description of President Trump’s penis as looking like the mushroom shaped Toad in her new book, Full Disclosure, historians are reminding the public of the varying array of Nintendo characters the penises of US Presidents resembled throughout the years. Here is a short list. 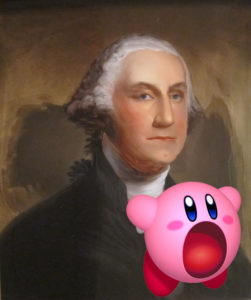 According to her diary, Martha Washington described her husband’s penis as “pink and bulbous” while noting its uncanny ability to suck up practically anything in the bedroom. Adding to her description, John Adams described in his journal a party in which he thought he’d caught the first US president in a lie when Washington drunkenly boasted about his penis taking on the powers of anything it held in its “gaping urethral passage.” Adams ended the entry writing, “After a brief demonstration with the table lamp, I was once again forced to admit that Mr. Washington could tell no word of a lie.” 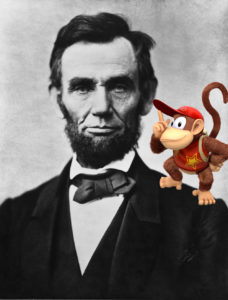 The lifelong bachelor was able to win the civil war and end slavery despite several accounts that his penis had a long monkey like tail and always sported a smart, red baseball cap. 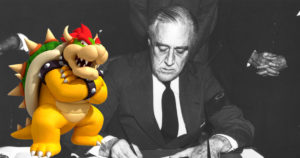 The myth continues to this day that FDR was infirmed from a lifelong battle with polio, when in fact the president that gave us the New Deal was wheelchair bound due to the immense size and spiky nature of his enormous penis. 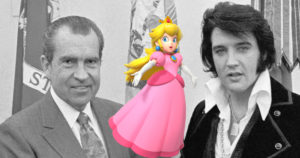 Standing tall and pink, Tricky Dick is ironically able to claim that his was the most normal looking of all presidential penises. His penis’ odd knack for getting kidnapped by America’s enemies and held captive in a palace guarded by a series of difficult platforming challenges was the real reason Nixon resigned the Presidency. 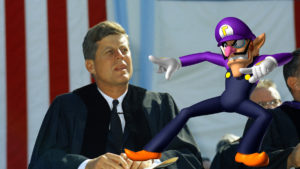 Conspiracy theorists have long held that Marilyn Monroe was killed in order to protect JFK’s secret that his penis was a gangly moustachioed shadow figure that cackled during intercourse. Of course his insistence on his penis wearing overalls didn’t help matters. 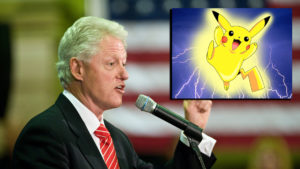 We all know about Monica Lewinsky’s infamous blue dress that was stained with President Clinton’s semen, but what most people didn’t know was that Clinton’s penis generates intense electric shocks during orgasm. 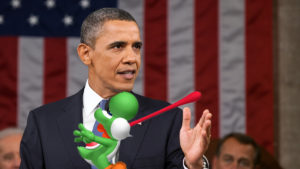 Michelle Obama writes in her book, Becoming, that the first time her and Barack made love, she was able to ride his large green penis at will. To her surprise, “I was able to strike it with my fist and make his penis’s tongue stretch out to swallow my enemies whole.” It’s true what they say, behind every great man, is a strong woman punching his dick.

Images via The US National Archives / Pixabay / Nintendo