5 ways to convince your friend that you saw their one-man show - The Beaverton
https://depositphotos.com/82943834/stock-photo-happy-young-man-in-jacket.html
Beavfeed, How to
July 6, 2017 by Aaron Hagey-Mackay ( @AaronHM )

Oh no! The independent theatre season is upon us, and that means you’ve already been pressured to see one or more of your friend’s one-man shows. Here are five awesome tips on how to convince your friend that you actually saw their one-man show, without ever having to actually watch it. WARNING: Do NOT apply these to one-woman shows! They will not work!

1. Make specific mention to lines that are 99% probable to have been in the show 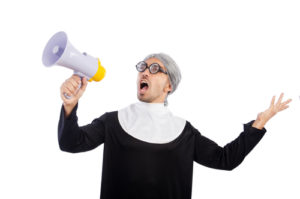 Say how much you loved how he opened the show with “Oh hi, I didn’t see you there! You know, there were a lot of crazy characters in my home town.” Marvel at their impressions of the old church lady, the school teacher, and of course their parents, whom you probably have already met in real life, and say the impressions were bang on!

2. Buy a ticket, but do NOT attend 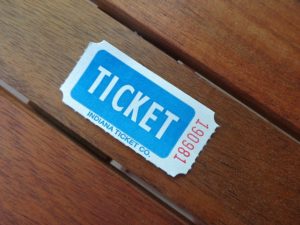 Your friend won’t question your attendance if you purchase a ticket, take a picture of it and post it on social media tagging them saying “about to see [your friend’s] one-man show! So excited!” No one will suspect a thing! 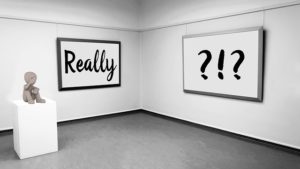 Give positive reactions and compliments: “Wow! How did you memorize all those lines?”, “What a victory for you!”, Or “I was so impressed how everyone got through it.” But if your friend is insecure (which, they’re doing a one-man show so…), they’ll probably ply you with questions asking for feedback. This is where you give constructive criticism taken from reviews from critics who inevitably panned the show. Parrot back some of the criticism they received but couched in softer language. For example: Say, “I liked the theme of personal struggle, but the interpretive dance sequence could have been shorter.” Don’t say, “What the hell was that garbage dancing in the middle?”

4. Volunteer to record the show 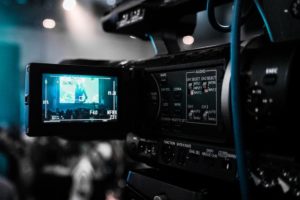 If you have access to camera equipment, it’s a good idea to be a friend and ask to record the show, so your friend can apply to be a part of other festivals that are far away from you and your city. Set up your shot before the show, press record, and get the hell out of there! Now you have an hour to get a coffee, read a book or do something much better with your time.

5. Worst case scenario, literally no one is in the audience

This has happened to me several times, and it’s at these times that I am deeply thankful to have purchased a mannequin to pose as myself in the audience. This is a desperate move, but it is a desperate time. I’ve seen shows where not only myself, but the actor’s parents, aunts, uncles and all of his friends independently came up with the same idea and deployed it in the same show. The tickets were sold out, the house was packed, but no one watched it. For added authenticity, I was shocked that everyone also recorded themselves laughing for the first half-hour in intermittent outbursts, only to cry at the obvious 45 minute mark where the guy’s father accepts that he’s gay, or his mother dies, or the love of his life breaks his heart by leaving him at the altar or some shit like that. Wow!